One of our partner organizations, Cobra Association for Life Improvement (COBRA), has a performance band that travels throughout the region doing concerts. The proceeds from these concerts support COBRA projects, especially the running of the school. The music played is a combination of original music, traditional music and popular western music.   The message of the music is the importance of education and the protection of the environment.  They are playing primarily to a high school aged audience.

In 2013, PODA had a very successful ‘house party’ with music by Colin Tilney. The proceeds from this fundraiser were used to start buying the band their own equipment. Up to that point, the band had to rent most of their equipment, cutting into the proceeds available to support their projects. 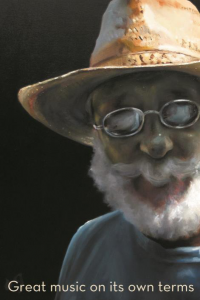 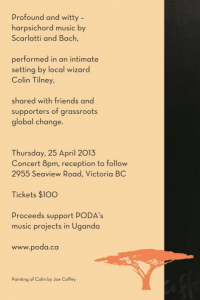 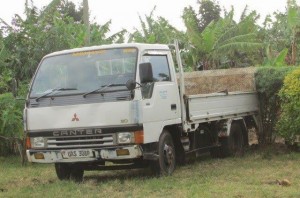