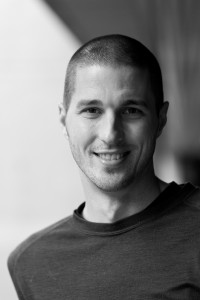 Peter and Natalie were overwhelmed by the warmth of the people in Uganda, and by the wealth of innovative grassroots projects going on. They connected with many individuals and groups, including a group of former street children getting other children off of the street, HIV awareness clubs, women’s groups, and the Joint Energy and Environment Project (JEEP), among others.

Peter travelled to the Kasese District to visit a series of community projects developed by a friend that he had made in Kampala, Buletwomu Nelson, before he returned to Canada in early 2006. Impressed by the quality and impact of these projects in the small community of Bwera, Peter began raising money to support them. Peter sent these initial funds to Natalie, still in Uganda. She travelled out to visit the projects in Bwera and used the funds raised to purchase several goats for the community’s goat program.

Peter and Natalie continued to develop a relationship with Nelson, and the community organization he had founded, the Cobra Association for Life Improvement (COBRA). After a series of fundraising initiatives in Canada, Peter and Natalie returned to Uganda, bringing seed funding to help develop some of the COBRA projects. Major focuses of this trip included the development of the goat program for families with HIV, a beekeeping project, women’s support groups, anti-poaching campaigns, and a sustainable cooking stove program.

PODA was formalized as a non- profit society in British Columbia. A board of directors was established and work was done to quantify PODA’s specific purposes and activities. Barb Gordon, financial director, became a central figure of PODA.

The need to provide educational opportunities for disadvantaged youth in Bwera was identified as a community priority, and subsequently became a major focus of COBRA and PODA. Plans were developed to build a permanent secondary school and develop programs to expand on the existing temporary school structure and voluntary-based teaching that the community had developed to accommodate this need. PODA worked to raise funds and connect with individuals and organizations that could lend expertise to make this goal possible. Natalie completed an MA in International Development.

Land was purchased to house the new school. Peter, Natalie and Barb returned to Uganda, along with 20 volunteers with various skills, from carpentry and electrical engineering, to teaching and administration. Over four months, a permanent school was built, consisting of five classrooms and a solar power system. Teachers were assisted in building their skills, and vocational programs were developed to supplement the regular government curriculum followed by the school. Other community projects, including the goat program, beekeeping program, and sustainable stoves initiative, were also continually developed through the COBRA-PODA partnership.

The major focus remained on helping the school to develop. Emphasis was also placed on helping COBRA to develop into a more formal organizational structure.  We had received a grant from Rotary International and we coordinated this grant throughout this year.

Peter and Natalie also welcomed their daughter, Sonnen, into the world.

COBRA and PODA maintain their partnership. Barb travelled to Uganda in early 2014, with a major focus on helping the school the COBRA organization develop its project management and administrative capacity. PODA continues to fundraise and work toward these objectives. The emphasis has shifted from seeding new projects to helping existing projects become more established by offering organizational assistance, and by connecting COBRA with other like organizations and individuals from various fields who are able to share their knowledge.